Is it all in God’s hands? 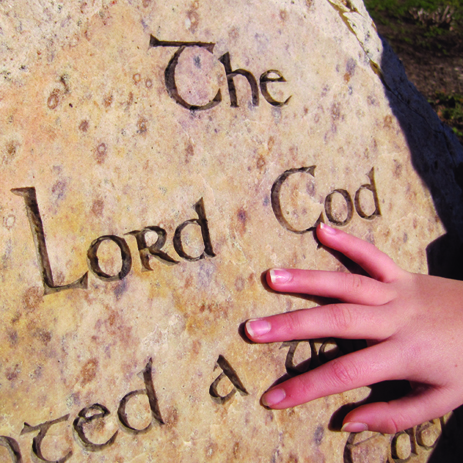 Just doing your existing work with integrity will have a ripple effect on tragedies across the globe.

“Each time I turn on the news, it’s full of stories of awful things happening to people, and it’s really hard to handle. How can I be compassionate to those suffering without feeling overwhelmed myself?”

Whether it’s a local kidnapping, financial hardship, or a refugee crisis in the Middle East, our fellow human beings are suffering all the time. To avoid feeling overwhelmed, some people ignore suffering. Others become cynical, their pessimism allowing them to be right when bad things happen. Others decide to stop caring at all. For people who do care, though, the feeling of helplessness can be overpowering. The most effective way I’ve found of remaining compassionate without feeling overwhelmed is exploring this question, “What is my role in Divine providence? “

One way people respond to tragedies and human evil is to invoke Divine providence with the phrase, “It’s all in God’s hands.” After all, religious people throughout history have believed that God influences human events. It can be comforting to know that even when chaos reigns, God is watching out for us. And I believe it’s true. But I’m not entirely comfortable with people seeing evil and saying, “It’s all in God’s hands.” I want to challenge this response, not because I think God is absent, but because there often seems to be missing a crucial piece: you.

When people say, “it’s all in God’s hands,” I wonder if they’re really saying, “Bad things just happen, and I can’t do anything about it.” Not all people who cite providence are being cynical, of course, but let’s make sure we don’t use God as an excuse for throwing up our hands or throwing in the towel. Leaving problems to God in this world may be akin to believing that our deeds have no relation to our life in the next world: if we can’t do anything to counter the force of evil, then how can God fairly expect us to do anything at all? In the movie Gladiator, the hero Maximus says, “What we do in life echoes in eternity!” This is a central theme of many faiths and a key principle for the New Church: “Everyone knows that religion consists in doing good, and that every one will be judged according to his deeds” (Doctrine of Life 31). What we do makes a difference.

But none of us is Superman—we can’t fix everything! Consider an especially overwhelming current event: the massive refugee crisis in the Middle East. You may or may not be aware that hundreds of thousands of Syrians have fled their country with little hope of return. Pause for a moment to consider the terrible impact on ordinary people—people like you and me, “How can I do anything about that?” you might wonder. And it’s true, we may have no ability to directly help those refugees from Syria. Instead, the Lord asks us to do what we can with what we have, as the parable of the talents demonstrates: “And to one he gave five talents, to another two, and to another one, to each according to his own ability” (Matt. 25.15). The Lord gives skills; it’s up to us to use them as we see fit. But which of the world’s problems should we address? To find our role in Divine providence, we need to look inward.

The Lord provides a simple action model: since everything good is from Him, all we need to do is remove what is hateful, and then His love will fill the extra room in our hearts. Far from fixing the world’s problems by Himself, the Lord empowers us to conquer evil from the inside out, “Every person by nature is such that he can shun evils, as of himself, from the Lord’s power, if he implores it; and what he does after this, is good from the Lord”(Doctrine of Life 31). Feeling overwhelmed by the troubles of the world? First stop being part of the problem: take a look at yourself and cooperate with the Lord in removing destructive habits that sneak into your own life.

And then be part of the solution. It might be small—just doing your existing work with integrity will have a ripple effect on tragedies across the globe. Or, your skills and passion might take you further afield, maybe even into a refugee camp. Either way, as we turn away from the darkness inside ourselves we will invite the hands of God to guide us. It is all in God’s hands, but those Divine hands are guiding human ones. Let us pray that over time more and more people will respond to the Lord’s call, will embrace His handiwork. Whether or not we answer the call is up to us. This is a key part of Divine providence—the Lord inspires us to clean up our own acts so that we can be of use to each other. We will still grieve when we see suffering, but let’s use that sorrow to discover what strand of the Lord’s love we especially resonate with. Let’s peel back the layers to discover the talents He’s given us, first by removing the barriers that hell throws up in our way, and then by completing that truth, that it’s all in God’s hands—by being part of them. 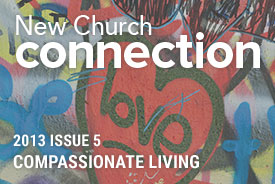