From depression can come spirituality and empathy

by Curtis Childs, as interviewed by Chelsea Odhner 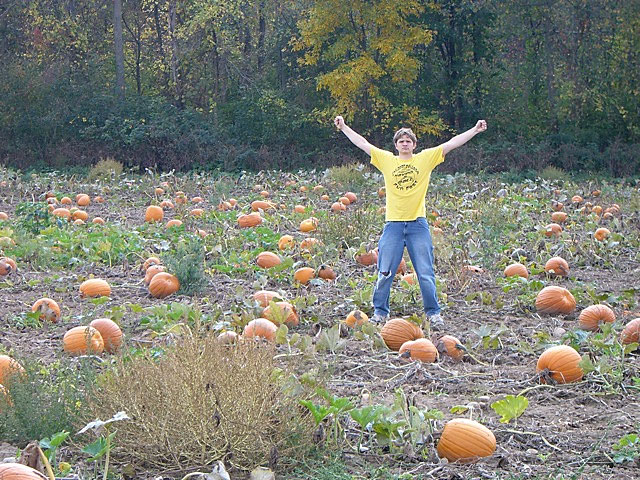 I was raised in the New Church. Both of my parents are Swedenborgians. My education was split evenly, from elementary school through college, between Swedenborgian and non-Swedenborgian schools. I have been told that I talked and thought about religious ideas from a young age. I took it pretty seriously.

A good part of the way through my eighteenth year, I began a very distinct phase in my life. It was marked by the onset of major depression and obsessive compulsive disorder. I got overpowered by my internal world. This internal world was running everything in my life. It was horrible. I became unable to control what was going on in my mind. There was an immense gravity pulling me toward thinking about things that worried me. I would become trapped in looping thoughts and fears about a lot of things. This pattern hit its peak when I was about twenty-one or twenty-two. Eventually, I didn’t like Swedenborg’s teachings at all.

The Writings of Emanuel Swedenborg became hazardous to my health for a little while. Swedenborg’s teachings are awesome, but I found that they have the potential to be a little bit dangerous because they can give your fears a lot of ammunition. If you are open to spiritual concepts and to thinking deeply, your fears can become cosmic. A lot of my fears had Swedenborgian elements to them. The worldview was imprinted on the inside of me, and my thoughts would use this against me. When I would read the Writings, I would get into a bad mood. It was my understanding of them. I would think that Swedenborg was saying one thing, when now I take that same thing to mean something entirely different. I developed fears around concepts that really shouldn’t exist. It got to the point that reading the Writings wasn’t doing me any good, so I stopped.

During this time, I began reading other sorts of spiritual literature, some along the new age route. I read about near death experiences, which had a deep affect on me. I see now that exploring beyond the Writings of Swedenborg allowed an important expansion to my spirituality.

The lowest period I had was at Bryn Athyn College of the New Church. I was overwhelmed. I quit school because I was so depressed. It was just so hard. I was still getting good grades, but I couldn’t handle it mentally and emotionally. I moved back to my home-town in Michigan. After some time off, I decided to enroll in the communication program at nearby Oakland University.

An incredibly valuable lesson I learned during this period was that I wasn’t going to cure depression through religious thinking. I had to get everything else straight. You can’t out-think bad nutrition; you can’t out-think lack of exercise. I used to think that everything that was going on inside of me was either emotional or spiritual. I didn’t understand that our physical health affects our brains as much as it does. Part of what brought me out of my depression was physical exercise and antidepressants. I also made use of energy medicine and talk-therapy. I came to understand that I had to take care of myself holistically.

I also attribute the lessening of my depression in large part to growing older. It just takes time. I’m twenty-six now, and in some respect, I feel like I’ve beaten the depression, in other ways I feel like it has just slowed down. One thing I learned is how powerless I am, and that led me back to a search for God.

Over the course of my time at Oakland University, I came back to Swedenborg’s Writings and they became the core of my worldview. On account of my familiarity with Swedenborg’s teachings, I found myself able to contribute a lot of positive ideas to the conversations that took place in my courses. Swedenborg’s worldview is really kind in its essence, and I liked having that attitude towards everything. I liked the sense of identity that it gave me. At Oakland University, I would share my Swedenborgian worldview, and I found that people felt fed by it. At some point, I remember having the realization that I liked reading Swedenborg’s works again. I began to understand his Writings at a level that I had never known before.

I’d say the core of my spirituality is a deep level of empathy towards humans that was built up in me in part during my depression. I gained it through suffering. I know what humans shouldn’t have to go through. As I read Swedenborg’s Writings, I found that his teachings never were discordant with the empathy I felt in my heart.

It’s ironic, because at one time the problems I had were rooted in Swedenborgian concepts. But now, it is through Swedenborg’s teachings that I’ve gained a perspective that frees me from all of my fears. The reality of what he’s describing is an environment that a lot of my fears can’t survive in. The vision that he casts of what is in store for us and what is operating on our deeper levels provides hope.

Out of so much chaos have also come many gifts. One is the inspiration I’ve been given to make short, Swedenborgian-based videos. I publish them on YouTube and have had overwhelmingly positive responses from watchers, even from people well outside of the Swedenborgian realm. I want to make it possible for others to experience the relief that comes when it turns out that something that has been haunting you isn’t true, or when you hear about a reality that puts your fears to rest and awakens your greatest hopes. I see my involvement in this work as a convergence of my innate human desire to not want others to suffer and my fascination with Swedenborg’s revelation.

My life has been so intense and miserable at times, but it has definitely softened up my will. I have had the mixed blessing of constantly being under assault internally. This experience has kept me vibrantly interested in spirituality and in God. It’s funny, but hell has added so much to my spirituality.

Curtis Childs is an active contributor to Kidslive at kidslive.newchurchlive.tv. You can check out some of his YouTube videos at www.youtube.com/user/offTheLeftEye.