How can the Bible help me navigate challenges?

Moses led the children of Israel out of slavery, and they followed him. But soon they found themselves in an unknown desert with the enemy in hot pursuit behind them, and a sea which they could not cross ahead of them. It is no surprise they reacted with fear and sarcasm: “Because there were no graves in Egypt, have you taken us to die in the wilderness?” (Ex. 13:12)

Isn’t this also the way we react when we feel misguided and abandoned? When we face financial uncertainty, serious illness or a stressed relationship, don’t we often react with bitterness when things don’t work out the way we expected? Even though we know that every story in the Bible teaches us the great truth that “the promise of the Lord proves true: He is a shield for all who take refuge in Him” (Psalm 18:30), we sometimes would rather believe that God has not heard our prayers, and that He has abandoned us. To believe this way is to live in a wilderness: a bitter life where God is not relevant.

The Writings for the New Church teach: “for every falsity the hells inject, there is an answer from the Divine”(Secrets of Heaven 8159.3), therefore, for each difficulty that we face the Lord will answer us, if we place our trust in Him. Each situation we face will help us grow spiritually. Remember: “As I was with Moses, so I shall be with you; I will not fail you, nor forsake you” (Joshua 4:5).

When Pharaoh drew near, the children of Israel lifted their eyes, and behold, the Egyptians marched after them. So they were very afraid, and the children of Israel cried out to the Lord. Then they said to Moses, “Because there were no graves in Egypt, have you taken us away to die in the wilderness? Why have you so dealt with us, to bring us up out of Egypt? Is this not the word that we told you in Egypt, saying, ‘Let us alone that we may serve the Egyptians’? For it would have been better for us to serve the Egyptians than that we should die in the wilderness.” And Moses said to the people, “Do not be afraid. Stand still, and see the salvation of the Lord, which He will accomplish for you today. For the Egyptians whom you see today, you shall see again no more forever. The Lord will fight for you, and you shall hold your peace.”

And the Lord said to Moses, “Why do you cry to Me? Tell the children of Israel to go forward. But lift up your rod, and stretch out your hand over the sea and divide it. And the children of Israel shall go on dry ground through the midst of the sea. And I indeed will harden the hearts of the Egyptians, and they shall follow them. So I will gain honor over Pharaoh and over all his army, his chariots, and his horsemen. Then the Egyptians shall know that I am the Lord, when I have gained honor for Myself over Pharaoh, his chariots, and his horsemen.”

And the Angel of God, who went before the camp of Israel, moved and went behind them; and the pillar of cloud went from before them and stood behind them. So it came between the camp of the Egyptians and the camp of Israel. Thus it was a cloud and darkness to the one, and it gave light by night to the other, so that the one did not come near the other all that night.

Then Moses stretched out his hand over the sea; and the Lord caused the sea to go back by a strong east wind all that night, and made the sea into dry land, and the waters were divided. So the children of Israel went into the midst of the sea on the dry ground, and the waters were a wall to them on their right hand and on their left. And the Egyptians pursued and went after them into the midst of the sea, all Pharaoh’s horses, his chariots, and his horsemen. 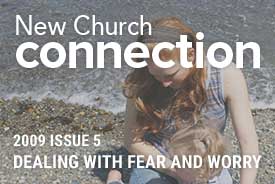