Changing lives: my faith has given me ground.

by Marian van Genne, as told to Chelsea Odhner 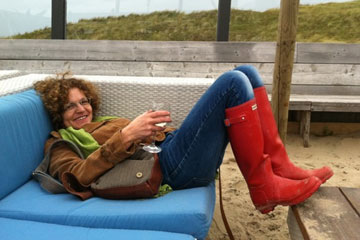 I grew up in Holland. My parents weren’t religious. My mom grew up Dutch Baptist, and my dad didn’t grow up with any religion. The people in my family were staunch socialists. I would go to church every once in a while with my maternal grandmother, but she passed away when I was thirteen.

I have always been interested in world religions, but I didn’t like the Christianity I saw my neighbors practicing. When I was four or five, I remember telling a neighbor that my dog was in heaven. The neighbor replied, “No, he wasn’t a Dutch Reformed dog.” That was the religion I witnessed. My grandma was a positive influence, but the rest of the Christians I met weren’t. I didn’t see them living the religion’s values.

In early adulthood, after completing a degree in Dutch and English and training as a teacher, I floated for a long time. I travelled a lot and eventually settled in Frisco, Colorado. I had my daughter there. I was a single mom with a daughter. My daughter grounded me in one sense—my free-floating was over—but spiritually I still had no ground.

My daughter didn’t speak Dutch. I wanted her to be able to communicate more with my parents, so we went to Holland for what we thought would be only a year, in 1992. During that year, my brother found out he had a brain tumor, was operated on, and was left with brain damage after the surgery. My dad found out that he had cancer too. While I’d planned to go back to America, I knew I had to stay with my family. I found a job in Belgium at a Montessori school. It was close enough that I could drive from Belgium to Holland to visit my family regularly.

I really enjoyed my job. I had six students my first year. One of them was Brittany Frazier. She was eleven or twelve at the time. Brittany was very bright, fun, and talked a little about her religion. Little things she would say made me curious. I met her mom, Bonnie, bringing her to school. We would chat when she would pick up or drop Brittany off. I really liked her. One interaction with Bonnie really struck me. I asked her if she could help teach the drama classes, and she said yes. Later she came to me and said, “Thank you for making me feel useful again.” I thought, “You’re working for free, and you’re thanking me?” Her words stuck with me.

Over the years, I got to know their whole family. Something about them struck me as extremely right—the way they interacted together—the children with their parents, between husband and wife. Of course there were conflicts, but deeply everything felt right.

I had known them for about a year when I finally asked Bonnie about her religion. After school one day, having coffee together, I asked, “What makes your family so right?” I asked her to tell me about her religion because I sensed it was the reason behind her family’s balanced life. I asked if it was Christian. She answered yes, but said, “I won’t tell you anymore if you don’t want me to.” But I wanted to know more. I wanted to know what made their family work.

The first thing she told me was that heaven is such a place that all who live well, of whatever religion, have a place there. That made sense. During our conversations about religion I had a lot of “Ahas!” I took in information little by little. I asked questions and Bonnie would answer. We began talking for hours and hours, on the phone, before class, and after school.

It was really hard for me to accept that what she had been telling me could be true and still Christian. The first year, I kept looking for things I would not agree with. The hypocritical living I’d witnessed and the angry God I’d heard of had so deeply scarred my understanding of Christianity that it took me a long time to feel comfortable embracing a Christian faith.

But I saw it was working, which was the only reason I was going more deeply into it. I could see it at work in the Frazier family. I loved the intellectual conversations, but it was their life that convinced me.

I stopped working at the Montessori school and moved back to Holland in 1995. Half a year later the Fraziers moved back to New York and later to their hometown, Bryn Athyn, PA. We’ve stayed in touch ever since, and I was baptized in 1999.

Three years ago I fell off a horse and broke my back. The accident left me handicapped enough that I can’t work anymore. Nothing bad ever happens without something good coming out of it—a treasured truth I’ve learned from the teachings of the New Church. The good that has come from my injury is that I have much more time now to focus on spiritual growth and study. It happened in September, and soon after I found out about the Journey program, Living Courageously, and participated. I enjoyed being a part of something, even though I was stuck on my back. For this past Journey program, Shift, I was part of an online, real-time small group, which I wouldn’t have been able to do if I was still working.

My faith has given me ground. It has made it feel easy and fun to try to be a good person. A neighbor of mine has a daughter who is very bright but has Tourette’s syndrome and dyslexia. She would come to my house and I would work with her. After my fall, I wasn’t allowed to work with her officially anymore, but I wanted to continue helping her, so I help her out of “neighborly duty” now. Having the time and the means to be able to help her for free feels like a luxury. She is still coming now, a couple of times a week. We’ve become close friends. She is a wonderful sixteen-year-old. At one point, she had finished her homework and said, “Well, thank you.” I replied, “You know, thank you for making me useful again—because I really need a use.” Now I understand what it is that Bonnie meant when she said the same thing to me, years before. 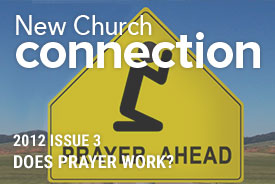 "The Lord, from His Divine love by His Divine wisdom, provides the means which make it possible for every person to be saved."