Changing lives: a journey out of addiction and toward a new life of service. 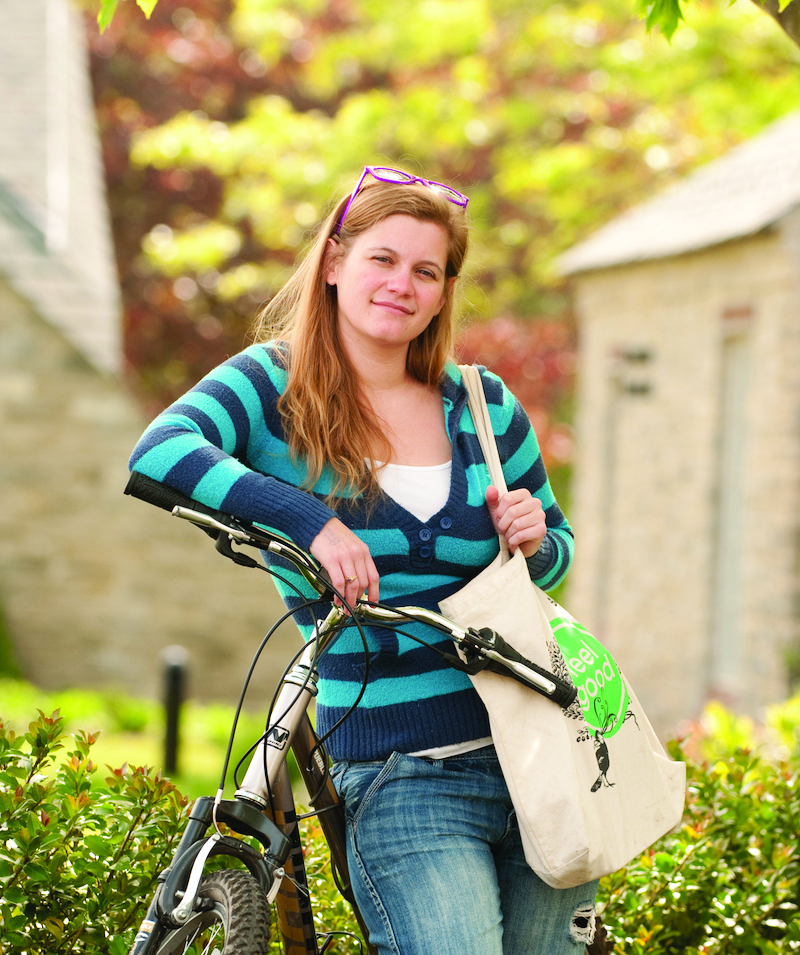 "Charity, to me, is simply giving of myself to someone else."

I was born in Texas, the third child of a Southern Baptist minister. I lived in five states before the age of 14 and ended up just north of Atlanta for high school. When I was 17, my oldest brother was murdered, and six months after that, my other brother was diagnosed with a rare form of brain cancer. He survived, thankfully. Six months after that, my dad lost his preaching job. The church asked him to leave.

I went to Piedmont College in north Georgia in 2002. I picked up my first drink, and I don't remember my first month of college. I was a blackout drunk from the first drink. I sought help a year later and stayed sober for about 100 days. I decided that I was OK and that I could make it through. Four years later, though, I was living in Raleigh, North Carolina, and I was heavily addicted to cocaine, crack, alcohol, and a lot of other substances.

The end of that era in my life came in 2007. I had moved to California and ended up on the street for a day. I called my father from a pay phone, and my parents came out and put me in rehab.

That's really where the story begins. I've been clean and sober since January 3, 2007. Before then, I had never really lived without a substance or trauma. I moved in with my brother and his wife in Pennsylvania and got a job working at a mental health facility. I moved out on my own when I had been clean six months. After about a year and a half, I lost my overtime at work and a relationship I'd been in ended. I started looking for a new way to live.

Around that time, I heard a missionary speak about work in Myanmar, and I decided I wanted to go to Thailand. The only way I could figure out how to get there was through the Peace Corp, and for that, I'd need a college degree.

I found two schools that looked interesting. Bryn Athyn College of the New Church was one of them. I came to look at the school, and I immediately felt at home. I sat in on a religion class and I asked about fifty questions. The teacher answered all of them with grace. I realized I could ask questions at this school, and I would still be accepted. I never looked at the second school.

Two months later I moved into the dorm. I started hearing about Swedenborg. At first, I wasn't sure about the religion. At that point, I knew I had a God as my understanding. However, I didn't like the view of salvation I was raised with: that if people aren't “saved,” they're going to hell. So all I knew was, I liked Jesus, I liked the Bible, and I liked church. I just didn't have a religion that fit my theological needs.

A week after I got to college, I found out that an organization called Charity in Action was offering a service trip to Thailand that coming summer—the reason I'd come to school in the first place. Suddenly, the wish that I had to go to Thailand came to fruition.

I attended winter and spring terms at the college, then went to Thailand in the summer with a diverse group: high school students, college students, and older adults. When I got on the plane to come home, all I could think about was how I was going to get on a plane to get back.

I went back to Thailand six months later during Christmas break. I participated in a project called Clinic in the Clouds. There are a few remote tribes in the northern mountains. If people are sick or injured, they have no way to get medical help. I helped build a sustainable healthcare unit in a town called Ban Ary.

When I left Thailand the first time, I wasn't done, and even after my second trip, there's a part of me that still isn't. However, I returned to Bryn Athyn College last fall for my second year. At that point, I'd come to love the religion of the New Church. It made sense, but I didn't want to part with a lot of my old concepts of faith which I was raised with. Faith was big for me, and to be told that religion wasn't about faith alone—it didn't make any sense to me.

But in the last year, my views have evolved. The thought that a person had to have charity and faith didn't really ring with me at first. But with the Heavenly Doctrines, sometimes it's not always one plus two equals three. Sometimes it's two plus one equals three. I get it in a different order, but the result of my faith and my charity is the same result as another's charity and faith. That's why I love it: because I can believe that.

I'm not really sure if Swedenborg talked with the angels, but his theological works, for whatever reason, seem pretty divine to me. I'm not God. I don't pretend to be, but I think the moment I decide I know what truth and reality are—what 100% absolute truth is—I am in trouble. It's OK that I don't know.

I also don't have to have this old misconception of salvation from my childhood: that in order to go to heaven, you have to be “saved.” I can't believe it, because I know so many good people who, quite frankly, saved my life and who will never believe in Jesus. But they have good and truth in their lives, and they did good by loving me until I could love myself. Those people made me realize that God is so much bigger than a literal meaning of a book written millennia ago.

I feel a call to minister to people: to help people one-on-one, whether it's problems with a boyfriend in Pennsylvania or growing rice in northern Thailand. Charity, to me, is simply giving of myself to someone else. To me, that's also the definition of love. They are one and the same: to love is to be charitable, and to be charitable is to love. I want to love people for a living, and I just need to figure out what that looks like.

No matter who you are, whether you're a junkie on the street or a member of a church community, have a compassionate understanding of who you are and where you came from. To separate ourselves based on where we came from or how much money we make is the opposite of charity. If we have this community to offer to the world, it is the opposite of charity not to offer it. There are growing pains and conflicts sometimes, but remember to try to offer this community—this religion—to people. I’ve decided to defer my acceptance into graduate school and volunteer with Warm Heart Worldwide for 13 months. I still feel that I haven’t fulfilled that call I heard three years ago when I heard that missionary from Myanmar speak.