Seeking answers: who is God? 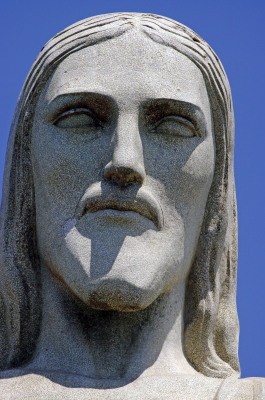 QHow is God living within me different from how God lived in Jesus?

aA simple way to understand this is that every human has minerals, but they are more than minerals. In the same way Jesus Christ had a Human but was more than a Human. He was a Divine Human. Everybody has a soul and that soul is a vessel for the Lord’s Divine life. If the Lord’s life was withdrawn we would become lifeless and be somewhat like a machine without batteries. But when the Lord’s life is in us we feel that life as our own because that is how the Lord wants us to experience life. That said it is important to acknowledge that all life is from the Lord even though it feels like it is our own.

aThe phrase “I’m only human” has come to mean that we are flawed and erring people, but is this really what makes us human? I believe the word “humane” comes closer to what human really means. It means acting from something that distinguishes us from animals. The first people actually only used the word “human” to refer to God and that part of each of us that is from the God. This is because they acknowledged that everything human within themselves was from the Lord alone. Humanity in its essence is love and wisdom, love being what gives us freedom to choose, and wisdom being the source of true rationality. The Lord through His life on earth became love and wisdom itself, and this love and wisdom is what can come to us and make us truly human as well.

QWhat is the "Holy Spirit?"

aWhen people hear about the Holy Spirit, they often think of a person speaking in strange tongues and doing weird things like picking up snakes and drinking poison, but this is a confused picture of what the Holy Spirit is. The Holy Spirit simply is Divine truth active in our lives. When we do something in the spirit of Martin Luther King, everybody knows we are doing that thing in the spirit of everything he stood for while he was alive. In the same way when we do things in the Spirit of the Lord, we are doing it in the Spirit of everything He stood for when He was on earth. The Word (Bible) which is Divine truth itself can live in us when we let the Lord’s story inspire us to action. But the Holy Spirit moving in us is more than just doing what the Bible literally commands like speaking in tongues and drinking poison, it is the Spirit, that is the deeper meaning of the Bible rightly understood that should move us to action. This is why God said we must be baptized by water and the Spirit, meaning not only be inspired by the letter of the Word, but by the spirit in the letter of the Word.

aIn the Bible there is an appearance that God and Jesus were different people, but the New Church teaches that God the Father was in Jesus even from conception as the soul in the body. There was a part of Jesus that was not completely Divine which He received as an inheritance from His mother Mary, but as He grew He slowly put off what was merely human from his mother and put on a Divine Human from His Divine Soul. This process was called glorification and was accomplished through Jesus being continually tempted by hell throughout His life. The Lord finished the process of glorification when He fully put off everything merely Human at the cross. At any point the Lord could have made the Human in Himself fully Divine, but He chose to go through the whole process to set an example for us to follow and this is why the Lord calls us saying “pick up your cross and follow Me.”

QDo we become less finite as we grow closer to God?

aAs we grow and become spiritual people we come to realize more and more of the infinite, that is who the Lord is. Our souls will always be a vessel for receiving this life from the creator, but the Lord invites us to enjoy a sense that life is our own while acknowledging all the time that life is from Him. As to our deepest souls we are all still a finite and created vessel, but that vessel will become more and more fully connected to the Lord as we live as He lived. The highest angels have the greatest sense that the Lord is their life, and that what is from themselves is nothing, but this is their greatest pleasure. In a sense the more we empty out the cup of our own importance, the more the Lord can fill us and we can experience the greatness of who He is.

Ron Schnarr is the creator of the video series “A Deeper Light” that explores God’s Scripture. To watch his videos and for more information, visit www.youtube.com/TrueChristianReligio 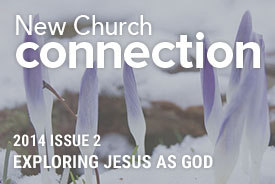