“I am connecting with this church and teachings all over again.” 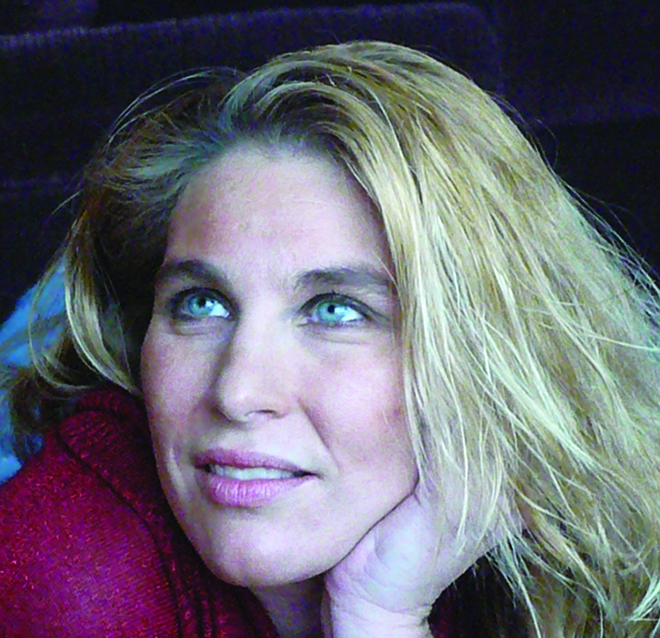 by Kathryn Pruiett, as told to Abigail Echols Smith

One of my earliest memories is a bust of Swedenborg. People would point to it and say, “Katie, who’s this?” and I would say “that’s the Swedenborgian man.” I was born when my father was a student at the Swedenborgian School of Religion in Newton, Massachusetts. I was literally raised in the church—and it has always been an integral part of my life.

As a kid everything was normal. The church was my family. When I was 4, we moved to Fryeburg, Maine. My father was ordained in the General Convention of the New Church. This community was small, but the church was large and very welcoming. I loved growing up there!

The summer before I started high school, we moved to St. Louis. It was a big change. I missed the closeness of the church I grew up in. St Louis had a friendly small congregation--but did not have many young people my age. My high school was three times the size of Fryeburg, the town in which I grew up.

After high school I planned to go to Bryn Athyn College of the New Church in Bryn Athyn, Pennsylvania. But life happened. My mom was diagnosed with breast cancer when I was in high school, and it returned just before I was supposed to go to college. I ended up not going.

I got married and started a family. My mom always wanted to be a grandma, and it was about six weeks after my son was born in 1994 that my mom passed away. It was a difficult combination of intense emotions. I pretty much just lost everything. That was not the way that life was supposed to be. Here I was, 20 years old, forced to find my way through life, and my mom wasn’t there. It was hard. It was really, really hard. Although I was raised in the New Church and was taught about and read about life after death, I don’t think anything could prepare me for that loss.

Adding to the difficulty of my mom’s death, it wasn’t long before my father re-married. I had always felt sure that my mom and dad would be together forever. This wasn’t how life was supposed to be. And while my step mom is a very wonderful person, she’s not my mom. I became angry with God—although I didn’t believe I was at the time. I was confused, I was angry...I didn’t understand what I was feeling. I pretty much lost contact with my father, and I lost contact with the church.

Life kept moving, and in 1999 I was happily pregnant with my daughter. Before my daughter was born, my husband got sick. We are still, twelve years later, trying to figure out what it is that is making him sick. He has ups and downs, but he can’t work, and his illness has brought a lot of hard times and a lot of sadness.

I’m a take charge person who likes to do it all myself, and that’s what I turn to more than anything at hard times—like when my mom died and my husband got sick. During those years I pushed a lot of things away and said “I’m going to do this on my own!” which is a very lonely place. Eventually it was all too much and I realized that I needed God’s help. It wasn’t easy, but it has been very good in the long run. In many ways the church found me again through all of this.

It was a few years after my husband got sick (and about 10 years after my mom died) before I started seeking the church out again. I wanted my son and daughter to go to church; to learn right from wrong. My husband is Catholic and we are a few hours away from St. Louis, so even though we had gone to a few local churches, we didn’t have a church we called ‘home’. I got to a point where I felt like I needed the New Church again, felt like I needed God again.

I have to give credit to my dad and his wife Diane. Although there was a long period of time I did not talk to my father, he was always there. He has always supported me. Diane has become a great friend, and a wonderful Grandma to my children. My father would often times just listen to me rambling and almost be happy when I would be confused—he knew I was searching, he knew I had to find my own way back.

I think the teachings of the New Church were always there in the back of my mind, and when it was the right time more of the teachings began to make sense for me. And with the internet, I was able to find many different resources. I have no idea how I found an online Journey group, it was quite on accident really. The online group helped bridge the connection between lots of different good people. I started feeling more comfortable with the New Church again.

Going through the online Journey group (we did the SHIFT workbook) actually brought up a lot of this stuff that I didn’t really realize I was going through at the time. But a lot of it I think really comes down to the difference between head and heart. I would always do the right thing--not necessarily for the right reasons, but because it was engrained in me from my childhood.

It was interesting in the online group because we had everybody from Colorado to the Netherlands represented. During our last meeting I was looking around the group at people from Pennsylvania (where I have lots of friends), Colorado (where half of my family is from), The Netherlands (where my grandfather was from), and even a family friend. And it felt like, this is my family.

Everything is coming full circle. I am connecting with this church and teachings all over again. I can feel the church in many many ways. It is my family—and always has been, I just needed to find my way back! 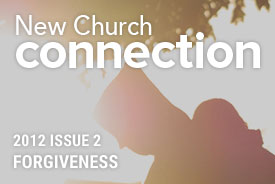