Changing lives: I felt myself come out of my body

One night, while sitting in a car with a friend, 21-year old Blane Bostock’s heart stopped beating. Just before this cardiac arrest, Blane remembers turning to his friend and asking, “Can I go?” When his friend said yes, Blane surrendered to a mighty force that seemed to be taking him out of this world.

The darkness got darker. He heard a strong wind and then saw everything around him collapse. It wrinkled, shrunk and turned into a ball, like a black hole at his feet.

Then he felt himself coming out of his body. “I was really scared, but too weak for the challenge. I knew I could either fight this and lose, or just let go. So I let go.”

So began Blane’s near-death experience—an experience that he would remember with great clarity and emotion for the rest of his life. Now, thirty-four years after the fact, the majesty of this experience is evident in his descriptions of this other world:

“All your greatest dreams here could fit in a thimble of the world there. Your highest imagination becomes reality. All the things you’ve kept locked in your heart, they get to expand.”

Blane’s experience included many of the key elements of many near-death experiences: the tunnel, the light, the life review, the time travel, and unlimited perceptions and abilities. At one point he visited the outskirts of a city where people were doing service work to help people on earth. Everything there was bright and illuminated. He was told that everyone there lived in service to greater humanity.

He added that everyone and everything there is made of light, and everyone is beautiful.

Although he felt so far away from his life on earth, Blane felt that he had come home to his true spiritual family. There was a sense of reunion and deep connection with these people. He felt especially at home in the presence of "the Light"—a being that emanated incredible, unconditional love. This Light seem to encompass everything, including parts of the women he’d loved, all the children he knew, and all the people that had ever been born. To Blane, the joy of this reunion felt worthy of celebration.

One significant part of Blane’s near-death experience involved traveling to the future, the past and the present. He was slowly taken through a timeline of Western thought and philosophy. He was also shown his family’s future, and how things would look if he did not come back. Knowing it was best for his family, he reluctantly chose to come back.

At the end of his experience, Blane was shown a black rose. To Blane, this symbolized a kind of reconciliation of good and evil. It had the darkness of his struggles along with the beautiful experience that followed. In many ways, the darkness and beauty of this image reflect Blane’s current internal conflict over how to hold his experience.

At first, Blane felt inspired with new hope and purpose. “When I spoke about my experience to others, I really felt like I had something to contribute.” He told others that they didn’t need to fear dying, because in fact, there is no death.

Over time, though, disillusionment began to set in. He spoke to others who’d gone through similar experiences, and felt disappointed to see those people still struggling with petty arguments, judgments and comparisons. Didn’t near-death experience make people better? Many others dismissed it as a hallucination, or the function of a brain under trauma. Worst of all, Blane started finding out that some of his closest friends—some of the smartest people he knew—didn’t believe it was real.

When he told them about his incredible experiences, he’d see their eyes glaze over. Blane began feeling isolated. He had so much to share, so much to say, yet he felt frustrated because he didn’t have the scientific knowledge to validate any of it.

And then he began to doubt himself. If others could dismiss it so easily, what really happened? Looking for answers, Blane delved into books on critical thinking and scientific processes.

Through his research, Blane has gained a lot of information, but at the expense of his early enthusiasm. “I’ve learned to question everything I had experienced. I’ve thrown away a lot of the comfort I used to get from taking this experience as real and true.” Blane is still visibly torn over how to hold his experience.

“There are all these things that batter us and shatter us and make us think that to believe is to be a fool. But then the joy is gone. We want to regain the innocence of our own hearts.” Then he adds, “Maybe logic and rationality aren’t going to ultimately lead me to the truth.”

Today, Blane suffers from a respiratory condition that makes it hard for him to breathe freely. In some ways, this reflects his current emotional state. “I feel like a man stuffed into a box. I feel trapped in a body too small to contain my soul. If I could burst out of the box, I’d go back to my spiritual family.”

Although Blane has found ways to stay busy, in the quieter moments he longs to go back to that world he once found. A world where his spirit is free to expand.

People may have different ideas about what really happened to Blane that night in the car, when his body went into cardiac arrest. One thing is certain though: what Blane experienced profoundly affected him. His story offers a poignant reminder of how much of the universe and of the human mind lies yet to be discovered. 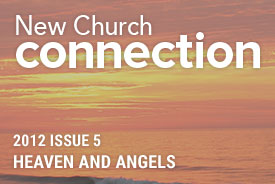