I don’t feel love for my partner. How do I get that feeling back?

In marriage, we may sometimes feel as if we have lost touch with the love we originally shared. Explore practical ways to remind us of our love when it seems like we’ve forgotten. 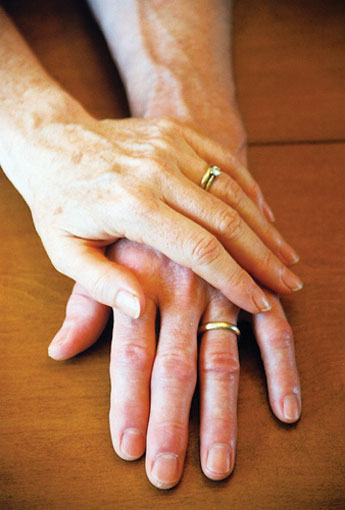 I sometimes forget things. I forget appointments, or promises to bring cookies to school. Recently my teenager asked me to help him with his homework, and I was embarrassed to realize I can no longer factor polynomials. Once upon a time I could, but I have forgotten how.

The feeling of forgetting is like when I look in the refrigerator, and there is no guacamole. I expected there to be, since I was planning a Mexican dinner, but the little corner of the middle shelf where I usually put it has peanut butter instead.

I have a son with autism. There are some things he never seems to forget. He knows what happened in the twelfth scene of Walt Disney Pictures’ Toy Story (Woody got lost at the gas station), or the date of our trip to the shore last year, (June 28th, 2009). He knows who was the 23rd president of the United States of America (Benjamin Harrison) and the day of the week Christmas will fall on in 2011 (Sunday).

How is it that some things stay Velcroed in our memories, and others fall off like the magnets on the fridge? I don’t think I am morally depraved because I cannot factor polynomials. But if I were subbing in Algebra 2, I would be remiss if I did not brush up on those skills. Running out of guacamole is not a tragedy either. I have enough loose change in my pocket and gas in the car to go get some. Even forgotten appointments will not land me in jail, though occasionally there is a penalty. That is why I go to the effort to put reminders on my phone or in my daily planner.

Feelings can slip through my sieve-like brain too. One time I banished a recalcitrant child to his room for misbehaving. He continued to spew insults at me. I forbade him to speak. After a poignant pause he quietly asked, “Do you still love me?” I sighed. My scowl softened. “Just barely.”

He reminded me, at a time when the knowledge had thunked to the floor and was about to get kicked under the refrigerator, that I indeed do love this small boy.

There are ways to help the forgetful among us to keep hold of those good feelings, when they threaten to evaporate in puffs of anger.

Marriage is not immune to forgetting. The devotion that flooded us in our beginnings is like bringing home eight bags of groceries. There are so many kinds of fruit and ice cream we hardly know where to start. But a few years into the relationship, it feels less well stocked. Sitting across from my spouse is not as riveting as it was when we were newly married. Seeing him walk through the door does not set my heart afire they way it did when that simple gesture was less expected, in our dating era. Yet I can replenish those emotions almost as easily as I can the algebraic equations. I can brush up on loving.

My husband and I have a habit, long established, that every phone call ends with “I love you.” It flits off my tongue without fanfare. After a romantic call about our pending evening out, the words come as easily as they did in my twenties. But after a terse exchange about the bank account, it is less of an effusion, and more of a reminder. To me.

I purposefully hang photographs of us in the stairwell, where every descent to the living room takes me past the captured images, un-Photoshopped, of abundant love. Is it true? I wonder. Can I feel that way again?

Sometimes we hold hands, not as a reaction to friendly feelings, but as an invitation for them to return. Kisses, too, can erupt as an irresistible response, or as a way to open up memories of past kisses.

My calendar can rescue me here too. I put “Marriage Group” on Wednesday night, and sure enough, Wednesday comes and I sit next to John on the couch and listen to him… an unlikely thing if left completely to chance.

Sometimes I wish I were a little bit autistic. Then I would be rock certain that on January 14th, I held John like I would never let him go. I could know that in the thirty-third scene of our marriage I was lost and John found me. It would be like opening the refrigerator and finding that some kitchen angel has replaced the guacamole. 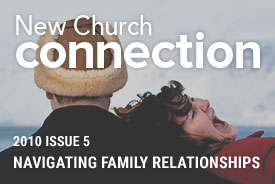