The Lord knows your path

The Lord forged the path we can follow to reach happiness and heaven. 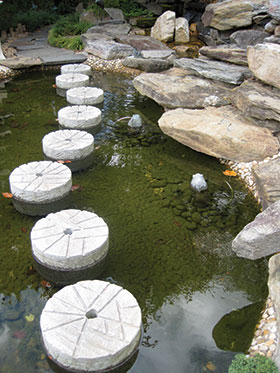 The Lord’s Word is full of beautiful and comforting truths, but sometimes we just don’t realize how meaningful they are. We tend to let a lot of the Lord’s teachings slide over our consciousness, or even half deny them—not in fact, but in our feelings. Every sentence means something precious to us, and each reading is going to be a new discovery forever.

Let us think about two or three teachings which are a central part of New Church belief in the Lord, but which we may gloss over when we hear them. The Heavenly Doctrines tell us that the Lord overcame evil by His own power on earth: “His own arm brought salvation for Him” (Isaiah 59:16). It tells us that because He did that on earth, He can now do it for us, from that time on. We may not really see the importance of this teaching: that because He overcame the hells two thousand years ago, our battles are easier today, and that we ourselves play no part in a process which seems to us to involve a lot of struggle.

The Lord came on earth and took on a Human nature. It doesn’t seem at first that He needed to do that. Why couldn’t He have conquered the hells from His omnipotent power? But He did take on a Human like the ones we have, and that human mind allowed the hells to attack Him. He fought the hells, and each time He fought, He used a truth to combat them. He fought them, one by one, and eventually all of them together. As He won each battle, the Lord gained a new power over evil, and that power, called righteousness, was added to His life until He became altogether righteous.

The Lord did this alone. There was no person to help Him. No angel, even, could help Him. In fact, when He was fighting, it seemed to the Lord that His own Divine power had left Him. The Human was left to itself in temptations, and this is one reason why He called from the cross, “My God, My God, why have You forsaken Me?” So when He won, the victory was His alone.

As the Lord conquered the hells, what happened was that each truth was used to its full capacity in His mind. He gained a complete understanding of the hells that were trying to oppose those truths, and of the heavens that could be opened up by them. Through complete understanding, He now has complete power over the hells. He knows every trick they are trying to play. More wonderful still, He knows every facet of truth, how it counters evil, and how it builds a particular heaven of its own.

What does that mean to us? First, the Lord knows every single state that we can enter into, every trap into which the hells can lead us. He knows it because He experienced it! There’s nothing we can feel that He has not experienced.

Let us understand that properly. The Lord never experienced petty anger in the sense of giving in to it Himself. He never knew unreasoning jealousy, in the way that someone who submits to it does. He knew it better, because He had the hells that inspire such things breathing their spirit into Him, but He would not let them win.

We don’t understand an evil by giving in to it. Giving in to it produces a degree of blindness, because we are fooled by its allure. But the person who is tempted by an evil and resists it understands it truly. And the Lord did this with every single evil with all the might of the hells against Him. Of course He won, but that is not the point. The point is that He can communicate to us, in human terms that we can understand, the true nature of evil, and the allure it arouses. And the Lord can communicate the Divine power of His truths to us, so that we can withstand the attacks of evil. He can do this because He too walked that path. He didn’t just walk it; He laid it out, and He built it, step by step—a path for each truth, a path for each one of the countless billions who will be born forevermore.

How often do we truly realize this? When we have a feeling or a thought which is truly shameful, do we know that the Lord understands that feeling? Sometimes, we’re tempted to turn from the Lord in shame, thinking He must be disgusted with us. We know that He’s merciful, but at times we don’t feel we can even talk to Him about some of the things we have thought and done. Yet there’s not a feeling whose quality He did not perceive while on earth. He perceived them, not as someone in the throes of them, because such a person is not seeing clearly. But He perceived them as one who affirmed and ennobled the truths which shed light on such things.

And how desperately we need that light when evil thoughts and desires attract us! We stumble along on our own, often thinking our own arms can bring salvation to us. We need the Light of the world, the true Light, to put our feelings in perspective and let us know that He who understands everything has got the answer to this set of feelings too. And we need the power that is within the truth that He is showing us—the power that once conquered all the forces of evil which can ever threaten us.

The Lord did this so completely that this conquest lasts for all time. And we are asked to accept this teaching, if we are to know that power in us. We couldn’t fight one hell. If we tried to do it from ourselves, excluding the Lord, we would fail immediately. We are tempted to do this, and the vanity which tempts us is our downfall. Only the Lord has that power. To pretend otherwise is to deny a basic truth of life.

Truth can give us power because of Him who walked as a Man on this earth, and gave to truth its defensive armor, and its ability to uplift and deliver. “His own righteousness, it sustained Him. For He put on righteousness as a breastplate, and a helmet of salvation on His head; He put on the garments of vengeance for clothing, and was clad with zeal as a cloak” (Isaiah 59:16,17).

What does this mean in our lives? The Lord is with us with that power. He alone overcame every temptation from all of hell, two thousand years ago. Today, whatever terrible thought or feeling is attacking us, if we turn to Him, the power He gained over the hells is right here, with us. We can fight any temptation, knowing two things. First, He once overcame this temptation and can do it again in us. Second, He did it using exactly the same truths we have in our minds. Those truths have His almighty strength—in our minds, if we want it. This is what He meant when He said, “All power is given to Me, in heaven and on earth” (Matthew 28:20). All power—nothing can stand before Him. That too is why He said we should trust in Him. “Look to Me, and be saved, all you ends of the earth! For I am God, and there is no other” (Isaiah 45:22).

The Rt. Rev. Peter Buss is a retired bishop of the General Church. He served eleven years in South Africa and seven years as pastor of the Glenview New Church in Illinois. He lives with his wife, Lisa, in Colorado. 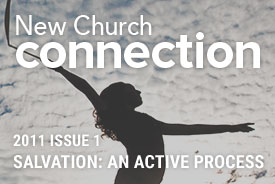